Solar calendars; time period required for Earth to complete one revolution around the sun a solar year. The most commonly used calendar, the Gregorian calendar (It is named after Pope Gregory XIII, who introduced it in 1582).  A solar calendar keeps track of the sun, which appears to orbit the earth every 365 days, 5 hours, 48 minutes, and 46 seconds. The Solar year is divided into several seasons, commonly four (Winter, Spring, Summer & Autumn)

The oldest of these solar calendars is the Egyptian calendar, likely to be more than 5000 years old, and went through several stages and made several improvements until the year length became 365 days

A lunar calendar is a calendar based upon the monthly cycles of the Moon’s phases, the moon appears to orbit the earth in an irregular cycle that averages out at 29 days, 12 hours, 44 minutes, and 3 seconds.  Twelve (12) lunar months make up a lunar year.

A lunar month can also be defined as the time the moon takes to pass through each of its phases (new moon, half-moon and full moon) and return back to its original position. A lunar month takes 29.5 days, although this varies slightly around this average. (approximately 354 days). The Hijri or Islamic calendar is based on a lunar month (Introduced by the second caliph, `Umar Ibn Al-Khattab, in 638 CE (16 AH))

Features of These Calendars & Combinations

A solar calendar Earth’s movement around the sun. As a result, there is no seasonal “drift.” The Winter solstice will always fall a day or two after 20th December.

A Jewish calendar uses primarily lunar definitions, and each month begins on the new moon, but the years are based on solar years. Chinese calendars are a type of lunisolar calendar, a combination of a lunar calendar and a solar calendar. 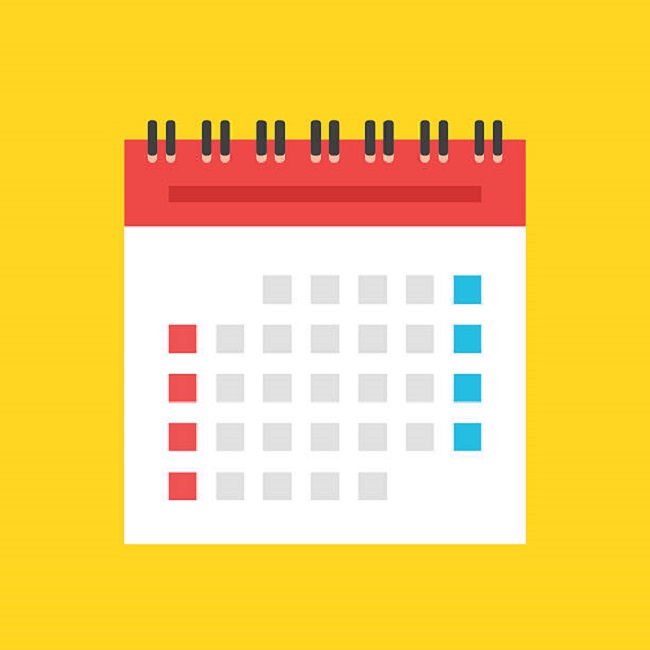