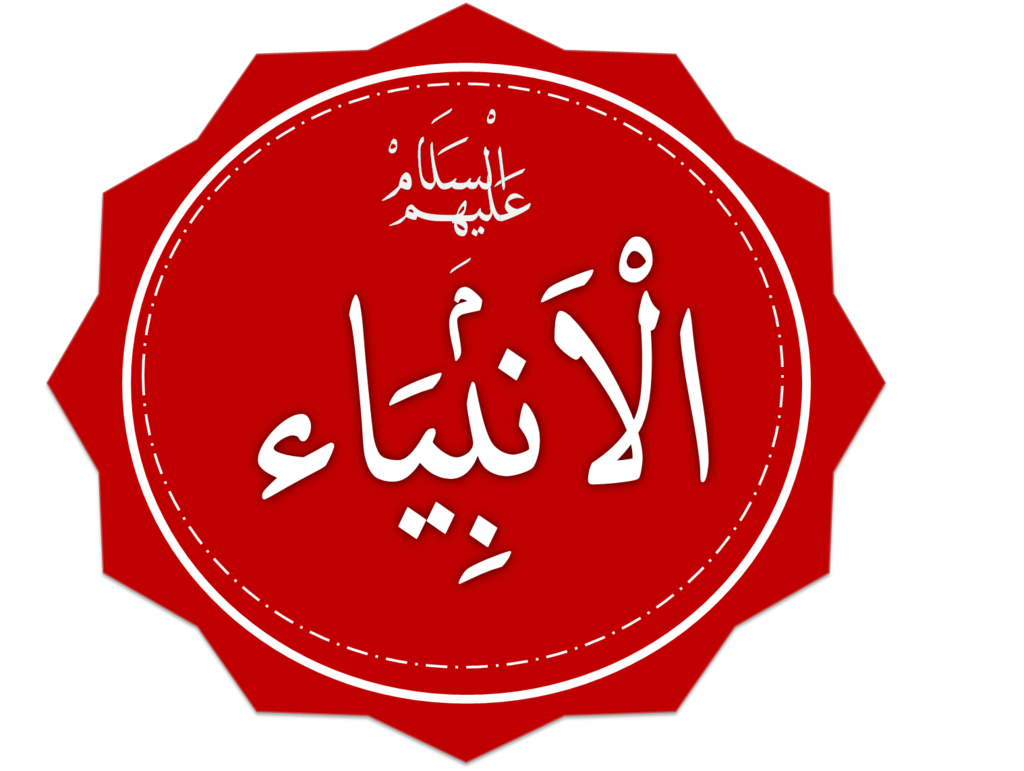 Prophets were the best examples among their people in characters and righteousness. They lived in obedience to God, with excellent morals and were always truthful in speech and conduct. For this reason, Muslims reject totally the false attribution of major sins to the Prophets, as appears in some scriptures of other religions.

Prophets never sought personal benefits such as wealth, high status or power – rather, they only sought the approval of God.

Allah (God), the Creator of the universe and everything in it, created humans for a noble purpose: to worship Him alone and lead a virtuous life based on His teachings and guidance. However, one cannot fulfil this purpose without receiving clear guidelines from Allah. Allah, the Most Merciful and Just, did not leave us to wander the Earth aimlessly. In order to inform us of our purpose, Allah appointed certain individuals to communicate and demonstrate His message to all of mankind.

These individuals are known as Prophets, which include Adam, Noah, Abraham, Moses, Jesus and Muhammad – may peace be upon them all. All Prophets have common characteristics which make them exceptional human beings. The main difference between an ordinary human being and a Prophet is that a Prophet receives revelation from Allah.

Abu Dharr asked: O Messenger of Allah (S), how many heavenly scriptures descended? He replied: One hundred and four, of which Almighty Allah revealed to Sheeth fifty scrolls, thirty on Idris and twenty on Ibrahim. He also revealed Taurat, Injeel, Zabur and Quran.

Allah gave all Prophets certain characteristics in order for them to successfully fulfil their mission, such as persistence, courage, leadership, patience and wisdom.

The main focus of all the Prophets was to clarify the concept of God: that He has no partners or equals, and that all worship should be directed exclusively toward Him.

In the Quran, there are numerous examples of Prophets proclaiming this message:

“O my people! Worship Allah! You have no other gods besides Him.”

“Do you worship besides Allah, things that can neither bring you benefit nor cause you harm?”

“What! Shall I seek for you a god other than Allah even though He has made you excel (all) created things?”

“Indeed Allah is my Lord and your Lord: so worship Him (alone): this is the Straight Way.”

“It has been revealed to me that your God is One God. So whoever expects to meet his Lord then let him do good deeds and associate none as a partner in the worship of his Lord.”

This message was consistent throughout the generations, and highlights the importance of having the correct belief in God.

Muslims believe that thousands of Prophets were sent periodically by Allah, at least one to every nation, as a mercy to mankind for their guidance. In certain circumstances, the message of the Prophets was lost, corrupted, forgotten, neglected, or denied by the people. These were some of the reasons why a new Prophet would be sent to re-convey Allah’s message.

Muslims believe in and respect every Prophet sent by God. Muslims also believe in all of the divine books which were revealed to the Prophets, mindful of the fact that none of these books exist today in their original form, aside from the Quran. “It is He (Allah) Who has sent down the Book (the Quran) to you (Muhammad) with truth, confirming what came before it. And He sent down the Torah and the Gospel.” Quran 3:3

Allah created life and gave humans free will and intellect, as a test to see who will willingly follow His path and who will deviate. If every person received direct revelation, life would not be a true test of faith. The real test of one’s faith is in using one’s intellect and reason to contemplate and recognise God’s signs, rather than being spoken to directly by God, which would not require any effort, and would render belief meaningless.

Although Prophets received direct revelation, this did not exempt them from life’s tests, as Prophethood brings with it many difficulties and trials.

Prophet Musa (A.S.), magic was the most advanced art of the time. Therefore, Allah gave Prophet Musa the walking stick (Asa) which turned into Azda (Huge snake) and swallowed the sticks and ropes of the magicians.

Prophet Isa (A.S.), medicine was very much advanced. So Allah gave him the miracle of curing lepers without medicine, He was divined with miracles that to make the dead alive again, giving eyesight to those who were blind since birth.

As the Prophecies of earlier Prophets were sent to the particular nation and for a specific duration so they were divined with miracles that were the demand of the particular nation & time, contrary to our Prophet Muhammad (peace be upon him) was sent to the all peoples of this earth till end of this world (Qayamah). So this particular Miracle can never be achieve by Human because Muhammad (peace be upon him)  is Last Prophet of Allah till Qayamah.

This miracle would not be achieved under any circumstances till the end of this world by any means. As we know that man is able to explore the space, has gone to moon and explored the Mars, explored the many planets and the counting just goes on. Keeping in view all content our Prophet Muhammad (peace be upon him) has been blessed with this miracle of Meraj. In this event about 1400 years ago He went to space by the blessing of Almighty Allah and went to “Sidra-ul-Muntah” point where even the Angles cannot go beyond that and met Allah Almighty, visited Heavens & beyond this all event took place with speed of light or even more Allah Knows better, so this miracles can never be achieved till Qayamah as no one can travel with speed of light or any other phenomena.

Surat al-Isra (17) contains a brief description of Isra in the first verse. And in surah Najm (53) verses 12-18, also holds information on the Isra & Miraj.

(17:1) Purity is to Him Who took His bondman in a part of the night from the Sacred Mosque to the Aqsa Mosque around which We have placed blessings, in order that We may show him Our great signs; indeed he is the listener, the beholder.
(This verse refers to the physical journey of Prophet Mohammed  peace and blessings be upon him  to Al Aqsa Mosque and from there to the heavens and beyond. The entire journey back to Mecca was completed within a small part of the night.)

Prophets were sent to specific groups of people, and over time, the messages with which they came were lost or corrupted. However, Prophet Muhammad (peace be upon him) was not sent to a specific people, but to mankind as a whole, and his message has been preserved both in the form of the Quran and the Sunnah.

(15:9) Indeed We have sent down the Quran, and indeed We Ourselves surely are its Guardians. (This is one of the miracles of the Quran  no one has been able to change even one letter of its text, despite every effort. It has remained in its original form since the 6th Century (A. D) and will remain so forever. Other Holy Books such as the Torah and the Bible have lost their originality.) Translation by Ahmad Raza Khan

Since the Quran and Sunnah are preserved and easily accessible, there is no need for another Prophet.
The Quran is the spoken word of Allah, and is free of any corruption, errors or contradictions. It is a book of “guidance for mankind… and the distinction (between right and wrong).” Quran 2:185

Prophet Muhammad (peace be upon him) is the final Prophet for all mankind from his time up until the end of time, including current and future generations. He was a perfect example of an honest, justice, merciful, compassionate, truthful and brave human being. He, like other Prophets before him, did not have any evil characteristics and strove solely for the sake of Allah.

“Indeed in the Messenger of Allah [Prophet Muhammad] you have an excellent example to follow for whoever hopes in (the meeting with) Allah and the Last Day, and remembers Allah much.”Quran 33:21 Prophets were sent as a mercy by Allah, to convey His message and to teach people how to live a righteous life. They have the best of characteristics and are to be followed and obeyed. Following a Prophet is obedience to God and rejecting a Prophet is disobedience to God. Prophet Muhammad (peace be upon him) is the last of the Prophets, so God’s guidance was complete with his coming, and our salvation is complete with the obedience to God and His Final Prophet. 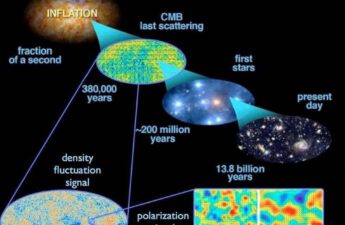 Creation of Universe According to Nature & Islam

Earth is finely-tuned to allow for human life 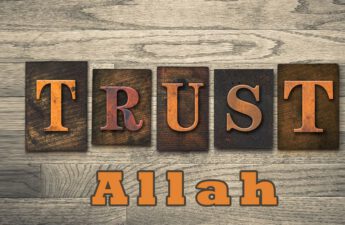